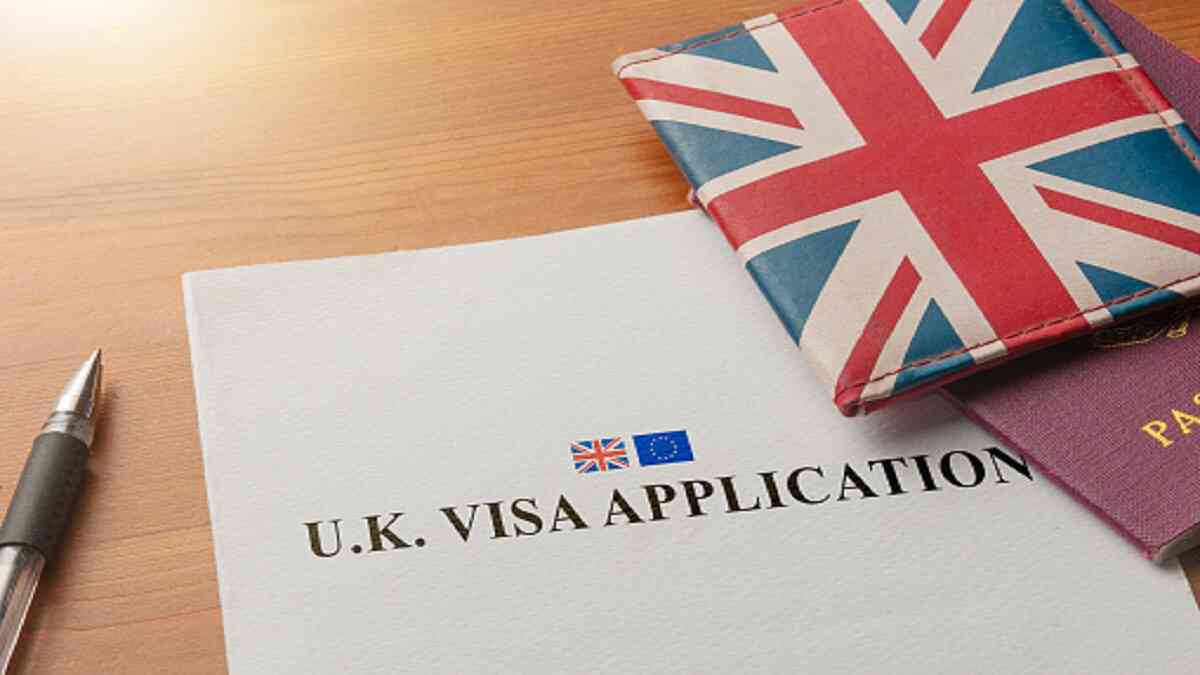 Are you a US citizen? And you want to work in the UK. Before coming, you need a UK work visa.

Do you know? If you want to work in the United Kingdom, you’ll need a job offer from a company that has been approved as a sponsor by the UK Home Office.

You need to show that you can sustain yourself without assistance from the government, speak English, and pass a rigorous points-based evaluation that considers your education, work experience, and age.

However, as we will see below, the new High Potential Individual visa is one of the exceptions that does not require a sponsor to get a UK work visa In this piece, we’ll go through the four most common UK work visas for Americans in the United Kingdom:

As a US citizen, you can qualify for an additional UK work visa.

When it comes to working in the United Kingdom, American nationals often use the Skilled Worker visa. For US residents, the requirement to prove English proficiency is waived when applying for a Skilled Worker visa to work in the UK, giving them an advantage over candidates from many other nations.

To qualify for the UK’s Skilled Worker visa, U.S. citizens must demonstrate that they: 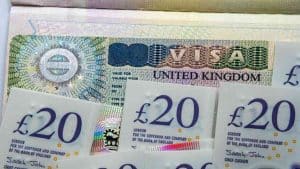 UK work visa: Scale up visa for US citizens

The term “Scale up” is used to describe a company in the United Kingdom that is expanding rapidly.

To fit this classification, a company must have hired at least 10 people at the beginning of the most recent three-year period and increased its revenue or staff count by at least 20% annually over that time.

American citizens seeking a Scale-up visa for the UK’s Skilled Worker visa must be able to show that they:

U.S. citizens who have just graduated from a prestigious U.S. university are eligible for the High Potential Individual visa, which allows them to go to the UK to look for work and work in most occupations.

American citizens can benefit greatly from this plan because it does not necessitate sponsorship by a UK employer and permits holders to work for any firm, including those without a sponsor license.

High Potential Individual visa applicants from the United States who want a UK work visa must provide evidence that they:

Here are some of the US schools that are on the list for 2022:

In most cases, a High Potential Individual visa will be valid for 2 years, meanwhile, holders of advanced degrees may be eligible for a 3-year extension.

The High Potential Visa cannot be renewed, although American workers in the UK can apply for a different work visa that does allow for renewal and settlement if they change visas while they are there.

The High Potential Individual visa provides a fantastic pathway for recent graduates of elite US institutions to enter the UK labor market and build careers before transferring to another visa category. 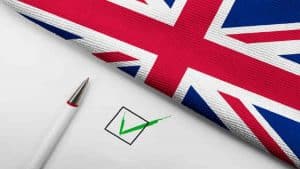 U.S. citizens in the United Kingdom can obtain a Global Business Mobility visa to work temporarily for a U.S. firm.

In addition, there is a total of five visas available under this program, each of which is intended to address a specific need:

Senior or Specialist Worker — Allows a U.S. national to work in the United Kingdom for up to five years at a branch of his or her U.S. business.

Graduate Trainee — permits a U.S. national participating in a graduate training program with a U.S. firm to work in a UK branch for up to a year as part of that program.

U.S. citizens have several options for legal work in the United Kingdom:

UK Expansion Worker: This visa lets a US citizen coming to the UK for up to a year to set up a branch of a US business.

Service Supplier: This visa permits a US national to come to the UK to work on a contract for a UK company, maybe as an employee of a US company or as a self-employed expert based in the US.

Secondment Worker: This visa allows a US national to come to the UK to work on an elevated contract for another company

Do Americans need a visa to go to the UK?

If you’re wondering whether or not you need a visa to visit the United Kingdom, you should know that Americans are considered non-visa nationals there.

In this case, they don’t. Visa-free travel for US citizens is valid for up to six months.

Citizens of the United States are welcome for

If you plan on traveling for any of these reasons, it is important that you first familiarize yourself with the relevant legislation.

What documents do l need to work in the UK? 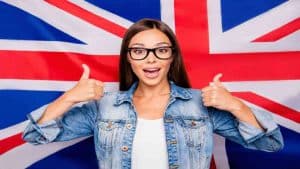 Can a US citizen become a UK citizen?

Other than the Ancestry Visa, the only other route you can think of to relocate to the UK for employment purposes without already getting a job is the Tier 1 Investment visa.

On the other hand, the Tier 1 Investment visa is only available to the wealthy. You must buy £2 million in UK government bonds or equities to qualify.

Holders of the Tier 1 Investment Visa do not need to work or look for work while they are in the UK. Still, students have the option to enter the workforce or launch their enterprise.

Most people don’t have £2 million lying around, thus a Tier 2 Work visa application is in order. However, you will need to secure a graduate-level position offering a salary of at least £30.000 before applying for this visa.

If you are a medical doctor, you can expect to make £55000 per year. Jobs matching those on the government’s “shortage occupation” list are the only ones exempt from the minimum salary requirements.

To attract candidates for the shortage occupations on the list, a starting pay of £22,000 is required. Eg. Technicians in the fields of nursing, computer science, engineering, mathematics, and physics.

Furthermore, without a degree, you can’t get a work visa unless the job is on the government’s “shortage occupation” list such as. Cook and a welder.

The alternative route to obtaining a Tier 2 visa without a university degree is to secure a job in the United Kingdom that pays at least £159,600 per year. Eg. Sports stars, CEO, financier, and TV host.

It’s also important to note that there’s a Tier 5 Youth Mobility Work visa for anyone between the ages of 18 and 30. This visa allows you to come to the UK for up to two years to search for employment in any industry.

A position at McDonald’s or a grocery store. Work in any capacity is acceptable.

The cost is £625 for each individual for a maximum of three years. length of service over 3 years: £1,235 per person

How long does a UK work visa take?

A visa decision is often delivered within 3 weeks if you are applying from outside the UK after submitting an online application, proving your identification, and providing supporting documentation.

Which jobs are in demand for Foreigners in the UK

In the business world, supply and demand are the two most important factors. When there is a high demand but a limited supply, prices go up. High supply and low demand? Guess what? The market just will not bear the added cost.

So it is in the labor market. If you’re fortunate enough to possess in-demand skills, you can look forward to better pay and more employment offers.

Following the coronavirus outbreak and Brexit-related disruptions, the economy is experiencing skill and personnel shortages across the board.

Does the UK skilled worker visa process involve an interview?

After completing the application form online and uploading the needed documents, visa applicants for the United Kingdom must pay the appropriate visa fee before scheduling an interview with the British Embassy or Consulate.

U.S. passports can enter how many countries without visas?

In 2022, U.S. citizens can visit 186 countries and territories without a prior visa or by obtaining one upon arrival. Many passport rankings place a United States passport in the top ten in terms of travel flexibility.

Can someone sponsor me to work in the UK

YES! but the cost is no joke.

It’s not cheap to sponsor an international employee. Visa applications and associated taxes can cost thousands thousand pounds. Employers seeking to hire European Union nationals under the Points-Based Immigration System have had to pay sponsorship fees ever since the United Kingdom’s exit from the European Union.

The visa application fee is split between the company sponsoring the employee and the employee. Instead of having employees spend large quantities of money on their own, many companies now cover them entirely.

Who is eligible to work in the UK?

To work in the United Kingdom, you’ll need a visa if you fall under the jurisdiction of the UK’s immigration authorities.

Those on the list below can enter the UK without a visa but will still need to provide evidence of legal authorization to work before starting a new position:

Citizens of the United Kingdom who are not British nationals, British protected persons, or British overseas territories citizens

Citizens of the EU, EEA, or Switzerland who are already living in the UK and have obtained permanent residency through the EU Settlement Scheme by December 31, 2020

Those who are not citizens of the European Economic Area but have been granted permanent residency in the United Kingdom.